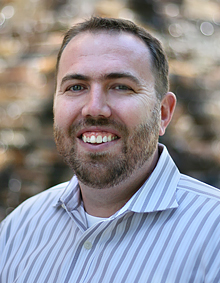 Mike Parker is a principal in the Environmental Practice, with 16 years of environmental and urban planning experience. He is based in Ascent’s Sacramento office and shares his time as a key environmental leader in the firm’s Oakland office. Mike has managed and directed preparation of environmental documents for projects large and small across Northern California, with a primary focus in the Central Valley and the Bay Area. His diverse project experience ranges from open space projects to high-rise towers in downtown settings, from elementary schools to colleges, from small subdivisions to major specific plans, from small city halls to major criminal justice facilities. However, the bulk of Mike’s experience relates to urban development projects and plans, including large-scale structures and facilities, tentative maps, specific plans, area plans, and general plans. He has a thorough understanding of the planning process, including development applications and other local civic procedures, agency and stakeholder outreach and coordination, and planning opportunities and constraints.

Some highlights of Mike’s experience and expertise include managing preparation of:

In his previous role as a current planner at the City of Sacramento, Mike processed development applications for the Development Services Department. Responsibilities included outreach to the public, stakeholders, and agencies; coordination with other city departments: preparation of staff reports; and presentations before decision-makers. He currently serves as the legislative director for the Sacramento Valley Section of the California Chapter of the American Planning Association.

When Mike is not busy working on a plan or environmental document, he enjoys spending time with his wife and two teenaged kids, either in the backyard or heading out to find outdoor adventures at local, state, and national parks in California and beyond. He also writes short fiction and sketches wildlife.